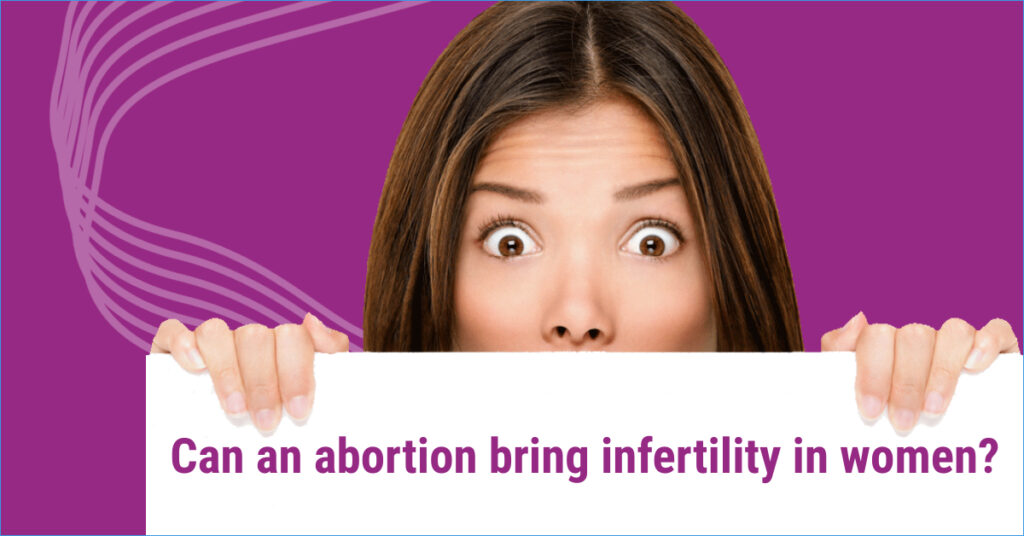 Can an Abortion Bring Infertility in Future?

“It is natural to bring this question into your mind when you already had an abortion or planning to abort. People move to this option due to various reasons concerning to their work life or personal reasons. Few might get concerned about their fertility after abortion as they may want to have a child later in future. “

Abortion is inferred as planned termination of pregnancy. Abortion is done on the ground of many reasons such as unwanted pregnancy, medical problems, fetal defects, high risk pregnancy, antenatal fatal death, fetal pathologies, personal issues, work life stress etc. It may have a bad impact on the body of women.

There is no straightforward answer to this question. Mostly abortion does not cause infertility in women but has possibility of bringing complications in future pregnancy. Moreover, it is quite dependent on the types of abortion.

Below are some risks that abortion may hand out to women,

Ultimately, there is fact that anything that cause inflammation in the uterus, carries the potential risk in future pregnancy. However, it occurs in very rare case.

Usually, abortion will not affect the chances of getting pregnant or having normal pregnancy in future. However, it you get infection in your womb which is left untreated then, it has great chances of becoming trouble in your way to parenthood.

Infection has great potency to spread in whole part including uterine tubes and ovaries. This condition in women is recognized as pelvic inflammatory disease. It can lead to infertility and ectopic pregnancy. Ectopic pregnancy is a condition where by embryo instead of growing inside the womb, implants itself outside the womb.

Somehow, prevention can be taken by treating the infection on the right time before reaching the worst stage. So that risk will be reduced.

#Abotion#FemaleInfertility#MedicalAbortion#SurgicalABortionInfertilityPregnancy
Facts and everything on Tubal Factor Infertility
Do You Know About the Deadliest Gynecological Cancers?