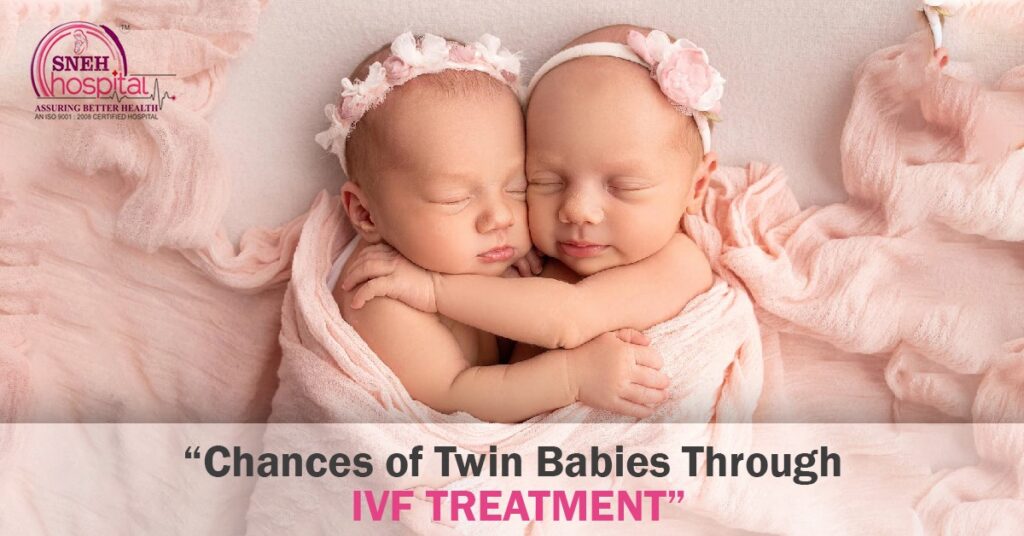 The most beautiful thing is to bring the tiny beautiful soul into this world and the worst thing is to fail at this despite making such great efforts.  However, science has blessed infertile couples through ART Assisted Reproductive Technique. Among them, IVF is the gem of fertility treatments but it can lead to multiple babies! Know more about it in this write-up.

Well, twins sound cute and for some couples, it’s like a dream for so many reasons.  But! Carrying multiples in a tiny belly is not so fun as it is quite risky for you and your babies inside. You will need extreme medical support every time. See, all the medical procedures are associated with certain risks and complications but still IVF is considered as the safest among all. One of the greatest risks of fertility treatment is multiple births.

Chances of conceiving twins through IVF:

Nowadays, having twins has become more common than in the past. One out of every 5 IVF pregnancies turn into twins. In IVF, insemination is done outside the body in a culture dish. Once the embryo is ready, it is implanted into the mother’s womb. During implantation, if more than one embryo is implanted then it will result in multiple pregnancies.

IVF has become the main reason to conceive twins as it increases the chances of twin pregnancy. Through normal pregnancy, there are only 6% of chances whereas through IVF treatment it increases up to 25-30%. So, IVF makes you more likely to have twins.

Can I Conceive twin babies through IVF?

Twins are really exciting, like nearly every couple wishes to have twins and so it is obvious that they might want to know if they can conceive twins. Some couples want to have twins for some reasons such as they are of an older maternal age, they might not know the expense of twin pregnancy through IVF which is quite expensive, some want IVF in a wish to have twins, some want to avoid two pregnancies and conceive twins in one go. But want is not everything you need, there are certain practical factors which play a major role in twin pregnancies such as your family history, your medical history, previous IVF attempt if any, your health currently and most importantly your age.

During embryo implantation, if more than one embryo is implanted in the mother’s womb then it will result in twin pregnancy. Moreover, if a single embryo is implanted but it gets split inside the uterus then also it gives twin babies. The dark side is, if two embryos are implanted, if any one of them gets split inside the uterus then it will result in triplets.

There are potential risks associated with multiple babies. The first thing is twin pregnancy or multiple pregnancies are already risky when it comes to the mother’s health and so for the babies. It is better to conceive one healthy baby in spite of conceiving two babies with all the risk. It can lead to various risks such as preeclampsia, gestational diabetes, C-section which will take longer time for recovery, pre term babies, underweight babies, intrauterine growth restriction, TTTS twin-twin transfusion syndrome, birth defects, miscarriage, risk to mother, placental abruption. However, the risk can be reduced if you regularly visit the doctor for checkup so that your pregnancy can be monitored.

You don’t need to undergo two separate pregnancies. They are buddies from birth so they can be blessed with company. They don’t feel alone as they have with each other since birth. Moreover, They will grow in a company which will need less attention from parents after a certain period.

Above all, carrying twins is very difficult and risky. You will need extra medical support and regular monitoring. A good many couples have successfully conceived twins. Consult with our doctor at Sneh Hospital to know your chances.